Our children are gifted with the power to invent and achieve amazing technological feats. It’s through creative play that they learn how to exploit these skills.

A fun introduction to Coding logic for children and electrical circuitry! With Circuit Maze Coding for Kids, among the most popular coding games for children, your goal is to create real electrical circuits that light up designated beacons. Arrange the tokens to form a circuit path to light up the beacons indicated on the challenge card, and discover how circuits actually work.

A circuit is a complete path around which electricity can flow. It must include a source of electricity, such as a battery. Materials that allow electric current to pass through them easily, called conductors, can be used to link the positive and negative ends of a battery, creating a circuit.

These clever circuit-building puzzles provide a boost of brainpower and a wonderful introduction to electronics for kids and coding logic for children.

With 60 clever and tricky challenges ranging in difficulty from beginner to expert, this logic game will provide engineers of all levels with hours of electrifying fun. Fun Programming games for kids.

US Awards:
One of Parents’ Choice Best 25 Toys
Creative Child Game of the Year 2016 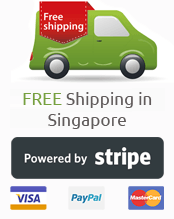